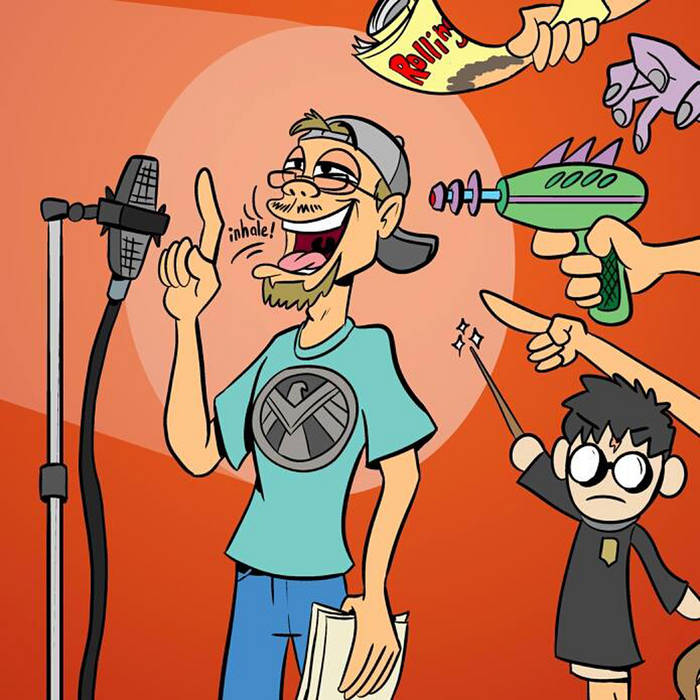 You guys finally did it. You made me write a song about it.

I hope you're happy.

Some folks recognize I'm the clown of the class
That I tend to be kind of a wise-ass
I'm always quick to say something snappy
Making you laugh is what makes me happy
But there are times when I shouldn't speak
I know it's wrong, but my will is weak
And I think my friends would shove me in a creek
To get this geek to shut his beak
I tend to often run off at the mouth
A verbal coffin, size of Brandon Routh
That you're trapped inside and you can't get out
And so my friends feel the need to shout
Just like my pal TV's Kyle
I said something to make him smile
That's just my style, shout from the isle
But you'd think I said something vile

But what Kyle said to me upon that fateful night
Is now repeated endlessly whenever I'm in sight!

As you can see this bothers me a lot
You might think I'm being sensitive...I'm not.
But you can't imagine how annoying it is
To hear that phrase when you're trying to whiz,
At the grocery store, at the local mall,
I hear it whenever my grandmother calls
It's enough to drive a person crazy!
(I hear it most often from my wife, The Stacey)
When I'm on a podcast and talking aloud
About my new song, of which I'm most proud,
As I am speaking I imagine a crowd
All ready to shout it, but that's not allowed!
I know when I speak I am taking a gamble
'Cause I have a tendency to endlessly ramble
This clearly leaves me emotionally scarred
Some folks may not say it, BUT THEY THINK IT REALLY HARD!

Every single day it happens, why do this to me?
My name's Insane, but just the same, NOW I NEED THERAPY!

This was starting to become an issue
I should probably have bought stock in tissues
But then something crazy occurred
And changed the life of this small nerd
Instead of letting this affect my health
And tearing down my social wealth
I put my pride upon a shelf
And learned to just censor myself!
Instead of rambling on and on
I'll stop myself from saying something dumb
I won't try to stop everyone
From yelling at me...'cause they're having fun!
It's all ok, It's only feelings
I'm not deflecting, no, I'm dealing!
This revelation has sent me reeling
I'll take it back with THUNDER STEALING!

Instead of taking history and trying to erase it
I think it might be good of me if I were to embrace it!

from Internet Famous, track released July 19, 2013
"Shut Up, Ian!"
inspired by something TV's Kyle said to me, which then everyone in Dementia has said to me at least once.
Lyrics by Ian Bonds
Music by Ben Stahl