Run This Game (featuring The Stacey and Devo Spice) 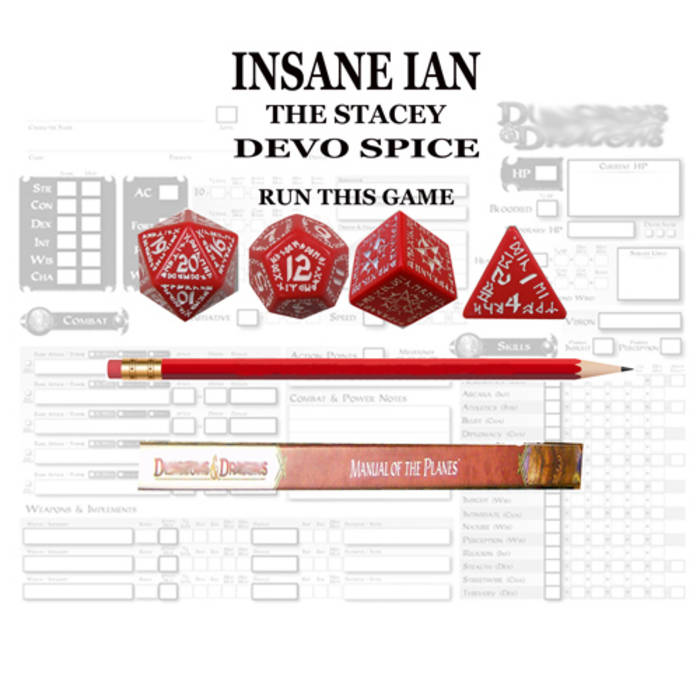 I do a lot of songs about video games, but this is my first track about tabletop gaming, specifically the game of Dungeons and Dragons.

This track is a parody of 2009's "Run This Town" by Jay-Z featuring Rihanna and Kayne West and features the musical talents of The Stacey in the Rihanna role and the Kayne West of the dementia scene, Devo Spice.

Ian's
Gonna be the
DM
I'm the dungeon master
Gonna play all weekend
Gotta let the geeks in
They snack everything
Chex Mix, Cheese Nips
All snacks, everything
Gonna find the treasure chest
Ridin' on an epic quest
Got my lucky D6
If you ready, roll initiative
Boosting my charisma
I'll explain later
But for now let me get back to this paper
I got a couple stats down, now it's time that we attack
I gave Doug the motion, get the potion from his pack
I'm gonna roll me a
sixteen
Seventeen
Hell yeah
You know it's official
When I cast magic missile
Like a pistol

We roll
Yeah I said it
We roll
Gotta battle these trolls
Down a dark deep hole
Where ain't nobody goes
Please pass the Doritos
Mountainside prison
My bros fightin' these foes
We knows...
(Cough! Cough!)
We'll sneak past this jailer
And I...think
(Ah!)
I need my inhaler
On our feet we're screamin' at Gordon, read that engraving slow
As he walked over a trap and now he needs a saving throw (No!)
And he ain't earning XP
He should throw his sheet away
'Cause he lost all his HP... (Damn!)
Just to see what's down the hall
So we all grab our books and check the Monster Manual (Yeah!)

It's crazy how you nerds keep playing this game
That you can't even see how much it is lame
Spending all day long on your campaign
Photos posted up at the big geek hall of fame
Dice rolling, Everybody LOL-ing
You should try to play a sport, maybe bowling
All you do is sit & talk about strolling
'least you're not LARPing, you silly frikkin' halfling
But I know that if I just walked past
And leave you geeks with the spells that you cast
I'd never get to say how much you are out classed
Can you see how you are to me by contrast?
I'm clearly more mature than you, look at my ass
And up top, unh...a thin moustache
Whle you hack and slash, I'll take your lunch cash
All your figurines look like junk trash
Look at all the miniatures carrying nice flags
I see what you're spending, I think I need an ice bag
Thirty dollars on dice? You need to check the price tags
You thought Crown Royal made dice bags!
Is that a wizard, huh? Man, your cloak reeks
He is a mage? What?! Look at these geeks
There's a troll down this hole
So much intrigue!
Now s'cuse me while I check my
Fantasy football league