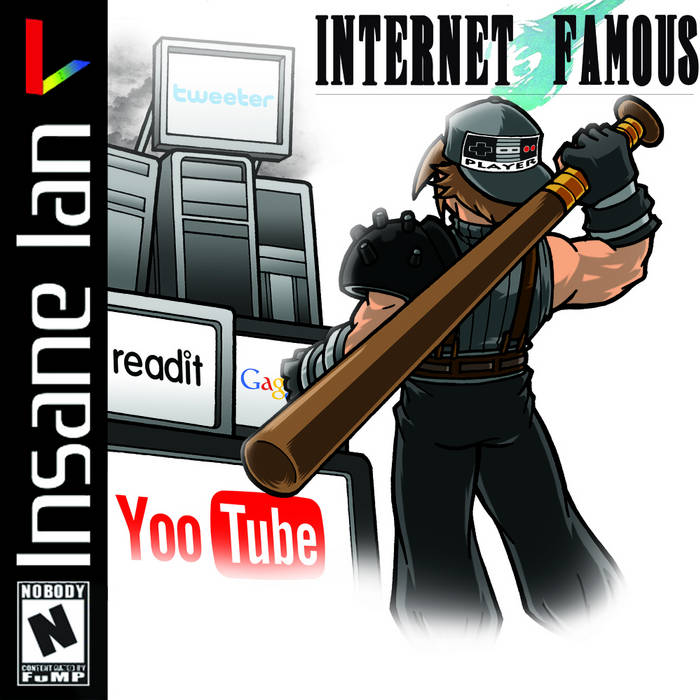 So, I have a confession to make. As many games that I've played, as many RPGs I've poured hour upon hour in to, I've never played what many to consider to be one of the best RPG video games, Final Fantasy VII.

Therefore this song is, in essence, a true story.

To this day, I still have yet to play the game. I have played at least a few games in the Final Fantasy series, but since the games aren't really connected other than title, that doesn't really count. Or...do they? You'll have to listen to the song to find out what I mean. The song itself is a parody of "Thrift Shop" by Macklemore & Ryan Lewis feat. Wanz.

[Hook:]
I'm gonna lose some cred
I've never played Final Fantasy 7
I - I - I know, all the fanboys go
"This game's freaking awesome!"

[Verse 1:]
Now, the guy on the box is like "What up? I got a big sword"
It's what all my friends brought home from the game store
This was the game of my college generation
Nintendo fans were like, "Damn, only on PlayStation"
Guy sittin' next to me, said he's played it for 8 weeks
Hasn't even beat it yet, says he's fin'ly on disc three
Looks like he hasn't slept, but he's hypin' the game to me
But sounds like it's hella long, don't have the time for an RPG
(Shhhhhhh)
But heck, won't tell that to my friends!
'Bout to borrow it, play through it, but someone else already rented it
The truth that I'm facin' is I don't have a PlayStation yet
Problem solved that holiday, I got one for a Christmas gift
But got no copy of the game, 'cause Santa didn't bring me it
I'ma borrow from my friends, does someone have one they can lend?
No for real - ask your cousin - cause I don't have the cash to spend (Thank you)
Says he can loan me it, but he's missing disc two
What the heck is up with that? Won't be able to play through
I saw a used copy, I bought a used copy
Returned it before I played, 'cause with money I was sloppy
Had it, had it, in my hands I grabbed it
I was gonna play that game, and that was how I planned it
I was real excited to but then this guy ruined it
He told me how Aeris dies "Aw, he spoiled the best bit"

[Verse 2:]
What you knowin' about the movie Advent Children?
What you knowin' about the shooter staring Vincent?
I watched it, I played it, I'm not even kidding
I did the tie-ins without originals for reference
Thank the gamers for donating all their button
-mashing 'Cause right now I still have never played it
I'm at the Gamestop, I can't find it in the (used games)
It's not, It's not here, I’m searchin' in that section (used games)
On eBay, sold to-day, Amazon, Trade N Play
Saw a de-listed greatest hits disc, second-hand, I rock that classic game
The second-print with the green label on that classic game
I check the price on the listing of that classic game
They be like, "Oh, this RPG is hella tight."
I'm like, "Yo - that's ninety dollars for a used game."
Limited edition, let's do some simple addition
Ninety dollars for a used game - that's just out of my price range
I call that getting let down and sad (dang)
I call that time to download or emulate
This game's hella old
And finding a rom of this is easier than finding one of DiG DuG
PSN finally got the game on legit download
Now after this gonna peep me some Earthbound
I'll play Earthbound

[Bridge:]
I've played these games before
They look incredible
The ones on Nintendo
But not the ones on Playstation
For Final Fantasy (damn right)
I've played 1, 2, and 3 (or was that six?)
Now I think that clearly (it's so clear)
You must remake this in HD (let's go)

is that what all the hype is about?