from Illinoise by Insane Ian 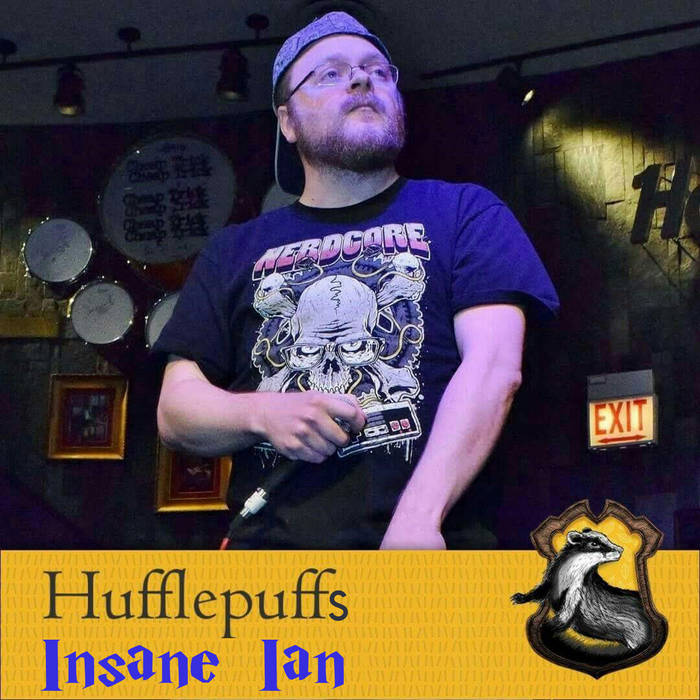 A few weeks ago, the Harry Potter series celebrated its 20th Anniversary. Getting sucked in to Facebook culture like I often do, I joined Pottermore to find out what house I belonged to, and quickly discovered that I'm a Hufflepuff, like other FuMPers Carrie Dahlby, Chris Waffle of Megathruster, and Bonnie and Xander of The Library Bards.

As soon as I found out and shared this thought, I quickly realized that, while there's a song or two about the house, there's no RAP anthem yet.

That's right, I wrote a braggadocious rap song about the least boastful house in all of Hogwarts.

All profits from the sale of this song go to the Trevor Project, the leading national organization providing crisis intervention and suicide prevention services to lesbian, gay, bisexual, transgender, queer & questioning (LGBTQ) young people under 25.


[Verse 1]
I rock on with myself cause I’m Hufflepuff
It's the Hogwarts house still kickin up dust
So umm, let me loosen up my house robes
And umm, let me drop this near your ear lobes
Cause I'mma break it down to the nitty-gritty one time
When it comes to the spells I gets busy with mine
Don’t mean to boast, I’ve come to roast
Every house ghost and wizard from coast to coast
Hufflepuffs ain’t the ones to brag, son
We’ll help you open up the egg of a dragon
We’re the house that's just and loyal, we’re unafraid of toil
Bound to foil Crabbe and Goyle and all they plan to spoil
Our emblem is the badger, often underestimated
We fight to protect, we’re never intimidated
You mess with one of us and we’ll test your luck
‘Cause honey badgers just don’t give a Hufflepuff

[Verse 2]
Hittin’ MC's with Expelliarmus
This disarming charm will leave ‘em harmless
Their jimmie’s we rustle, our magic’s our muscle,
Always tryin’ to prove that you can’t knock the Huffle
They say that a Hufflepuff will make the best spouse
And we’ve never had a dark wizard come from our house
We’re cautious smart wizards and we’re down for whatever
And we’re better at Herbology than Potions with Sever-us
The clever-est, never fuss with things outside our grasp
We’re so intelligent…but get all the Bs in the class
So we might not be as clever as the others all along
We never even brag, well other than this song
We don’t need accolades, we always lose with grace
There’s no such thing as shame for only getting second place
When it comes to wizarding, we’re really quite mellow
Rep’ the house in black and yellow, black and yellow, black and yellow

[Verse 3]
When it comes to the Huffle, we Puffs know what’s subtle
Never tell on a wizard if they might be half muggle
We’re loyal and trustworthy, we’ll help you in a hurry
Never worry, ‘cause surely, we’ll defend you with fury
And when it comes to parties? We know what’s kickin’.
A Huffle party’s bitchin’ ‘cause we’re right next to the kitchen
We’re itchin’ for a good time, we’re known to laugh and sing
And like the muggle Spike we always Do the Right Thing
We’ll defend to the end Hogwarts friends and bring the peace
And help catalogue where to find fantastic beats
We’ll finish every fight, but we’re not known to start one
Maybe that’s why they say our house is the smart one
But we like games too. We’re not all about business
Though it’d be really nice if our house was good at Quidditch
Whether seeker or keeper, it’s always lots of fun
But we’ve got 99 problems and a snitch is one